The drinks will be flowing at an upcoming event described as a “celebration of the end of lockdown”.

The Dereham Gin and Rum Festival, run by the town’s Round Table, will take place from August 27 to 29 at the Dereham Memorial Hall in Norwich Street.

Oliver Bunton, Dereham and District Round Table chairman, said he was thrilled the festival could go ahead this year after having been cancelled in 2020 due to the pandemic. Mr Bunton said: “It’s going to be a big party for Dereham to celebrate the end of lockdown. Let’s raise plenty of money for some very worthy charities.”

Visitors to the festival will be able choose between gin, rum, prosecco, cider and other beverages, many of which are produced in Norfolk.

Mr Bunton said: “The gins are all local and there will be 16 different varieties to try. The cocktails will be based more on the rum this year – there are eight different rums, including some exotic flavours such as banana and pineapple. A lot of them are very new to the market.”

People will be able to enjoy live music in the main hall, or use the outdoor area around the back of the building.  On the Friday the music starts at 6.30pm and will feature Jessie’s Ghost and then The Foolish. On the Saturday the music starts at 2pm with duo Collins and Wilson the first to take the stage. This will be followed by fan favourite Adam Meek, the band Dirty Havana and ending the night Audioscene. On the Sunday, the line-up consists of the Lee Vasey Band and  One Foot Deep, with music starting at 3pm.

Proceeds from the festival will go to the mental health charity Norfolk and Waveney Mind, and the Hingham-based PACT Animal Sanctuary.

The round table started the event in 2016, initially as a beer festival designed to attract new members.

Tickets can be booked online at derehamginandrum.co.uk. 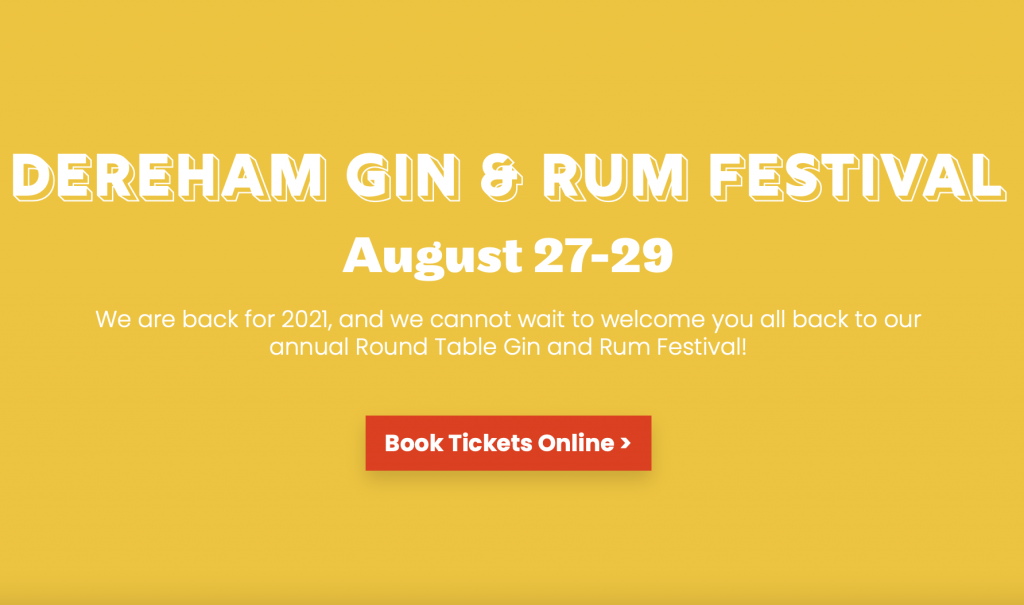