A plaque recognising a historic Dereham employer’s contribution to the town is set to be erected.

A modern building now stands on the site of the JJ Wright’s, on Dereham’s High Street, and opposite Wright’s Walk, named after the company. It is today occupied by Wilko and the Edinburgh Woolen Mill – Credit: Google

In its day, the business was a major employer, and is today part of Dereham’s industrial heritage. The business began in 1889 when John James Wright and Joseph James Wright set up a bicycle shop, which became a Ford dealership in 1912. By 1973, Wright’s of Dereham had been sold.

“We can be quite proud of J.J. Wright’s,” said Mr Duigan.  “Certainly the people who used to work for them are still very proud of it and when we get a place for it and unveil it, I think a lot of them want to be there to see it unveiled.”

JJ Wright owned farms in Scarning including Park Farm, and also Church Farm  which is now Oak Manor Nursing Home, along with a petrol station at a garage which is now Kestrel Close. FG Milk & BJK Dye have written a very comprehensive book about the Wright family’s agricultural business and is now on its second edition. They are currently writing a companion book about the Wright car and truck businesses. JJ Wright’s son, Arthur Wright, kindly donated a meadow to Scarning, which is now the Shipdham Lane Playing Field. 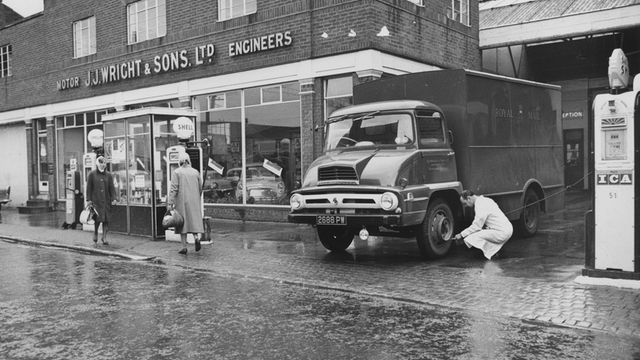