The rehearsal is being held on May 24, 26 and 27 in preparation for the big event which will take place in the following week. It should take place on May 24 but others are reserved in case of bad weather.

The flyover will be formed of a large formation of military aircraft and will begin its rehearsal over The Wash, The North Sea and Southwold in Suffolk and Southend. It will then go over RAF Marham and RAF Cranwell in Lincolnshire. The dispersal will occur over North Lincolnshire and parts of Yorkshire.

It’s likely that the aircraft will be visible between 11.30am and 1.30pm depending on the area of their planned route that they are in. It’s likely that the planes will be able to be spotted in most parts of Norfolk except for Norwich. The route misses much of South Norfolk but will likely be visible all the way around the Norfolk coast.

On the big day of the Flyover, you may still be able to catch a glimpse of the aircraft on their way to Buckingham Palace. The flypast will begin in the same vicinity as the rehearsal of The Wash, The North Sea and Southwold, Suffolk and Southend. It’ll then route from the hold via Swaffham and Thetford and Colchester towards London to overfly Buckingham Palace. 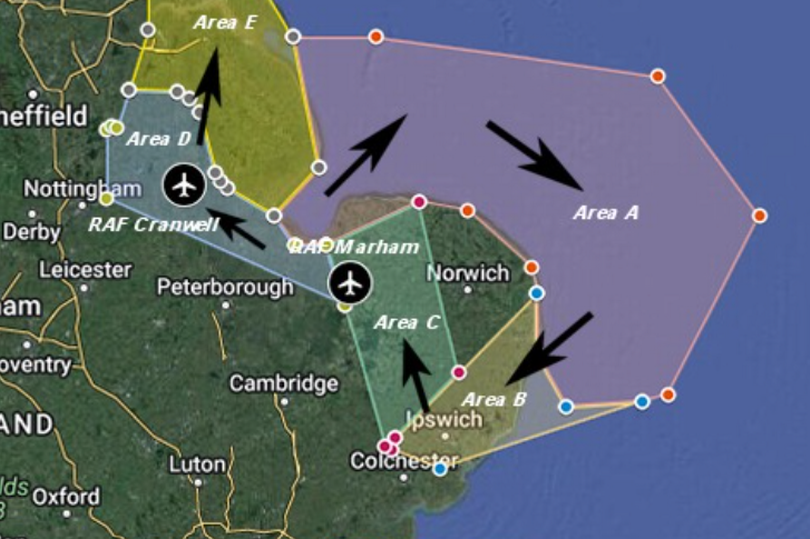