This is Scarning Primary School‘s sculpture, William Seckarsaurus, which is part of the GoGoDiscover 2022 around Norwich and Norfolk this summer. 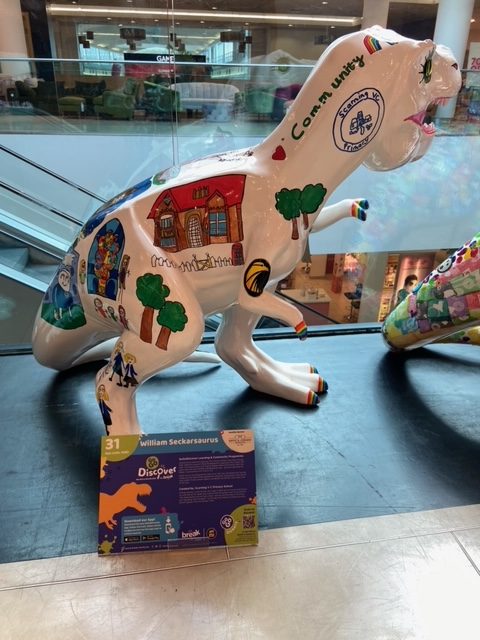 It is part of the Steppe Mammoth’s trail that is in Norwich and throughout the county this summer. He is located outside House of Fraser in Chantry Place in Norwich, but only until midnight on Saturday 10th September, so you’d better hurry up if you’d like to see him! 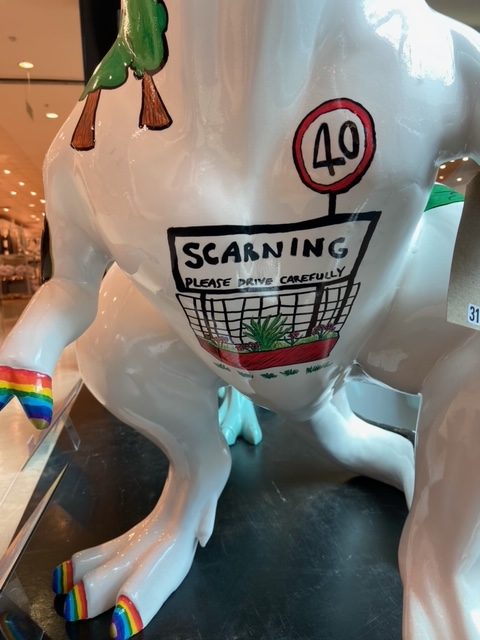 A competition was held at the school and the winning designs were transferred onto the model. The designs are all taken from parts of Scarning. We were very lucky in that a local company professionally varnished it for us. 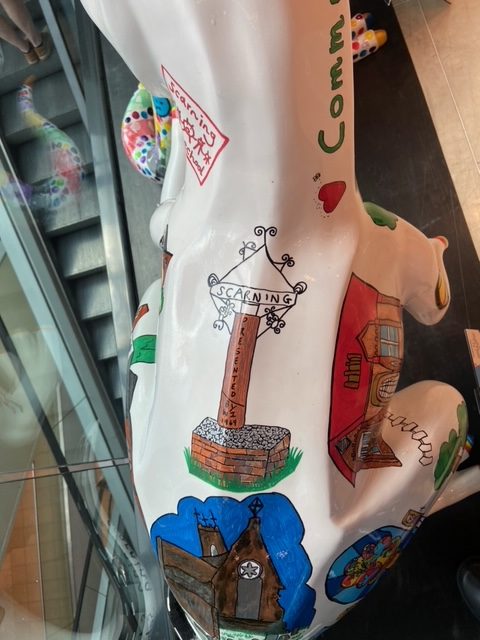 It was decided that it would be named William Seckarsaurus after William Sekar who founded the school. 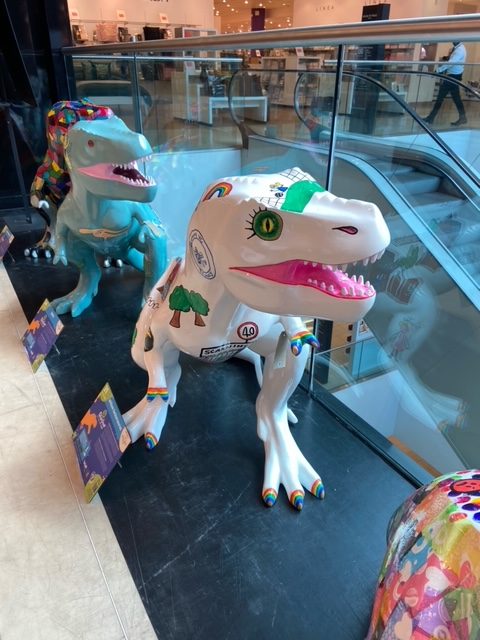