Scarning is situated in the heart of Norfolk and is the largest village in Breckland – nearly 5 1/2 square miles in area. It extends westwards from the boundaries of Dereham to Wendling and includes Podmore to the north on the boundary with Gressenhall, and stretches to Daffy Green in the south on the boundary with Shipdham.
The population is in the region of 2900 of whom 2164 are on the electoral roll. The school is nearly a mile from Dereham and a mile from the church and Village Hall. You might be interested in looking at this link census data 2001 which has a wealth of information about our community.

This aerial view was taken some years ago and shows the old village centre with the playing field behind the village hall. The route of the old Lynn and Dereham Railway, which is now the main A47, can clearly be seen running along the centre of the picture. 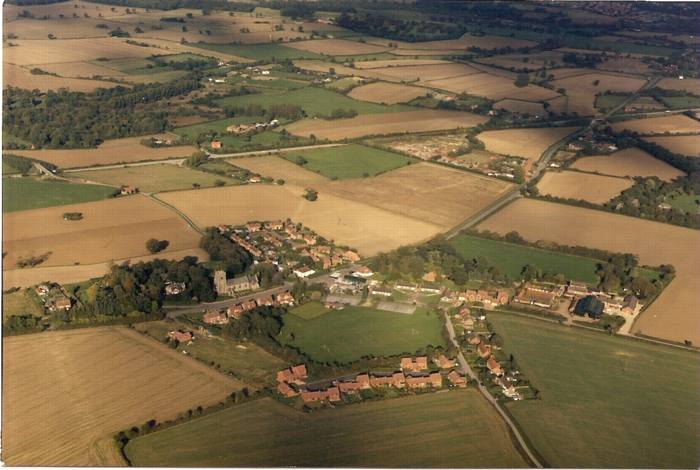 Scarning from the sky

Being a large parish, there are a number of areas within the village, such as “Old Scarning“, “Scarning Estate” plus the hamlets of Daffy Green, Scarning Fen and Podmore Lane amongst others.
Please follow the links to discover more about the different areas.