The Trust was set up in 1902 to build the Village Hall and six adjacent cottages – the self-sustaining estate being the brainchild of the then Rector, Dr August Jessopp, DD, who lived in the Rectory opposite (now known as Scarning Hall).  Dr Jessopp fondly referred to Scarning as his arcadia.

The estate was funded by a lady benefactor who remained anonymous until her demise and whom we now know to be one Caroline Evans of Wimbledon.  It was her generosity that enabled Dr Jessopp to carry out these forward-thinking projects. He also built a Hall at Long Stratton – still used as a Village Hall today – and another at Wicklewood near Wymondham.  The Wicklewood Village Hall was found to be unsustainable, was sold on the open market and has been a private home for some years.  Three of the Scarning Cottages (No 1-2-3) have also been sold in the past and are now privately owned.

The Trustees still continue to work tirelessly for the benefit of the local community.  The Hall is very much a focal point in the village is used for many local events and is conveniently situated on the main bus route opposite the Church.

See the Scarning Village Hall page for more details of the hall itself. 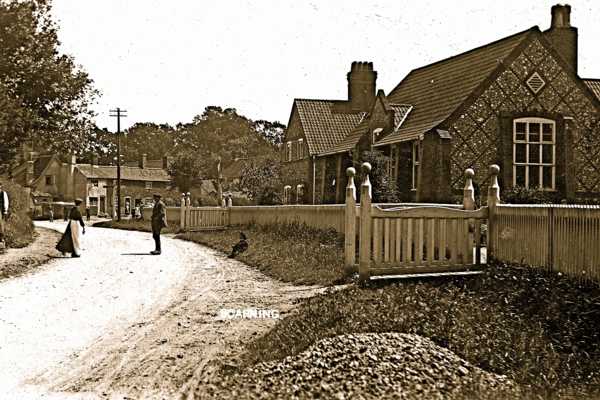 This is a view of the Village Hall looking eastwards. The houses in the distance stood where the old garage is today. 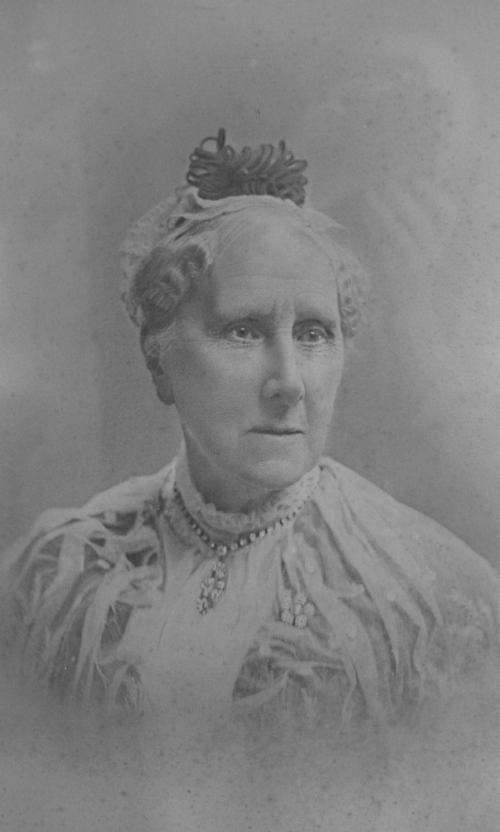 Caroline Evans was the benefactor of the Village Hall - 1902 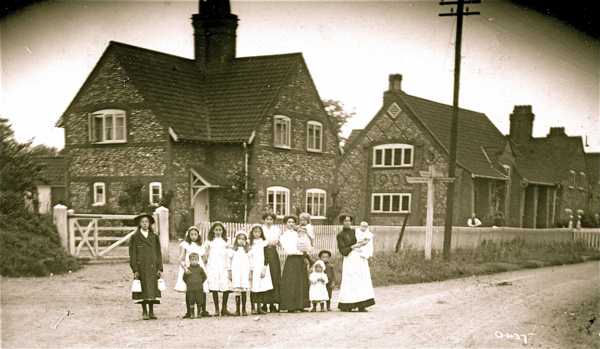 This is a view looking westwards towards the Village Hall in about 1920. 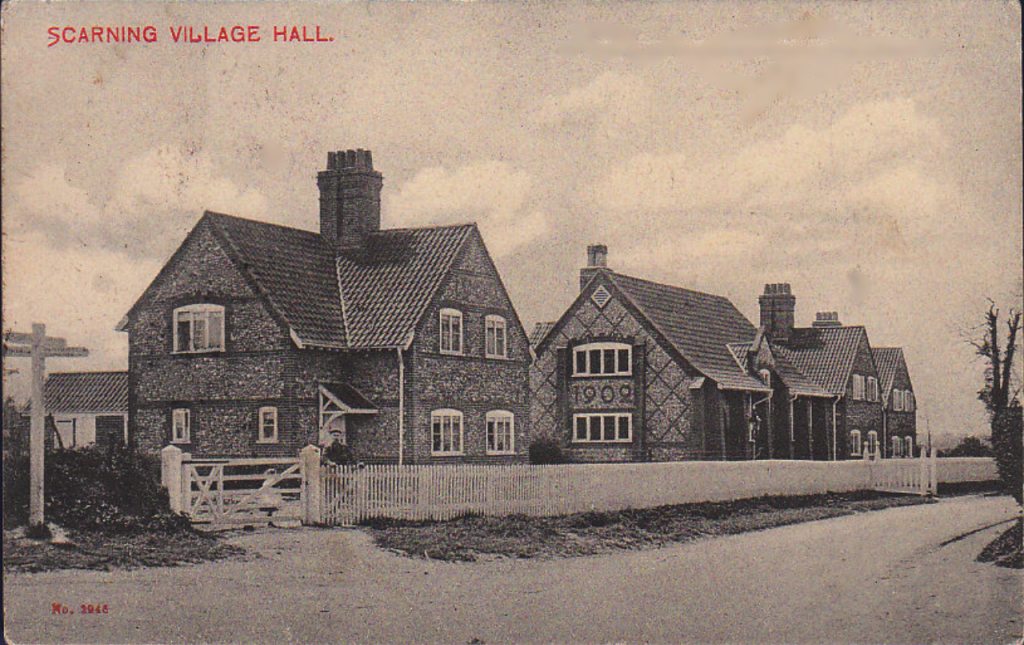 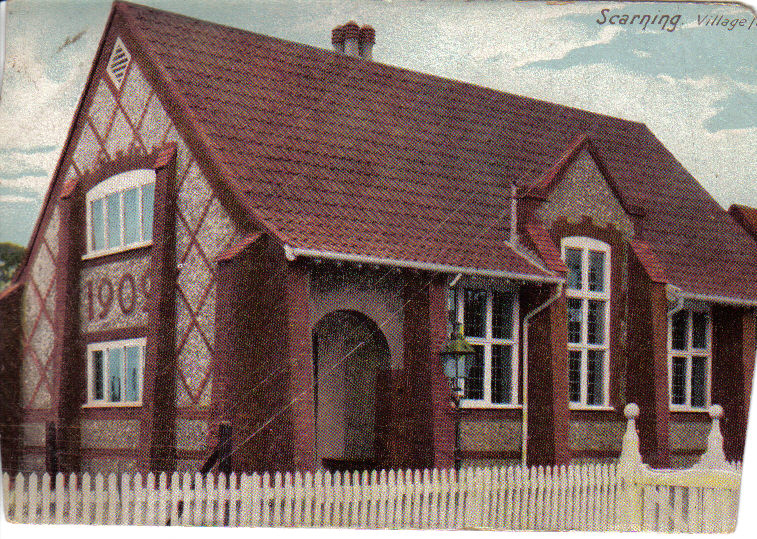 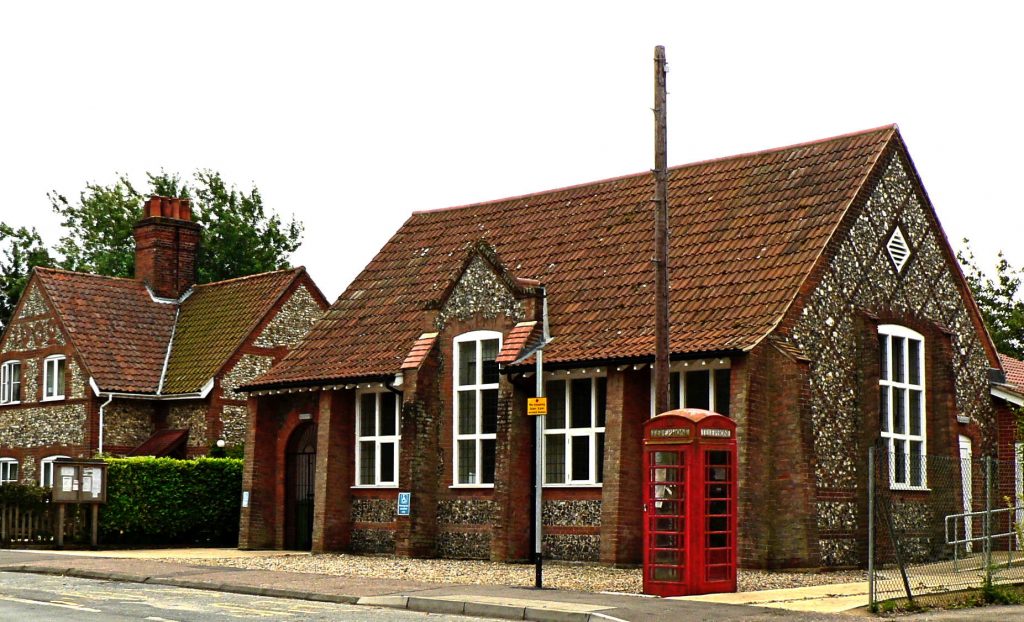