Hamlets in the Village

What’s In A Name?

The established names Podmore, Daffy Green, Scarning Dale. Hillcrest etc. are well established but the boundaries are rather vague. When we look at old maps we see that names of places are often placed in a convenient position to one side or other of the actual location. Early maps show the tollgate for the Turnpike was at the bottom of Swaffham Hill where Rushmeadow Road meets Dereham Road.

To get the ball rolling here are my suggestions for some parts of the village:

Little Scarning or Scarning Parva  – the area between the end of Drayton Hall Lane, Grange Road and Rushmeadow Road to the north still has some of the oldest buildings in the village, many dating from the late18th century. The centre of the village has been called Old Scarning for many years so perhaps that should stay the same. So what should this part be called? How about Little Scarning or Scarning Parva which does seem grander but perhaps takes a nod from the history of the teaching of Latin and Greek at the school in years gone by?
Scarning Parva, as a name is nothing new. The name though not the location is mentioned in the Common Land act of 1765 which was mentioned in the article by Andy Eagle in the April edition of the ‘Beacon’ 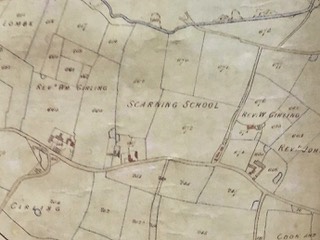 This portion of the Tithe map (of around 1840) shows the Grange to the West, School farm and the School in the centre, New Inn lane houses and cottages and then Vale Farm and Chestnut Farm to the East. A map of today would show the houses on School Plain but no others to the north of Dereham Road. To the south now lie Hope Springs and St Margarets at the end of Grange Road, Scarning Lodge opposite the School and the small estate, Kestrel Close, opposite Chestnut Farm.

Are there any other suggestions of names for different areas of Scarning? I’d be delighted to hear your ideas.

If you live in the Podmore Lane area, would you like to write a few words about your area? 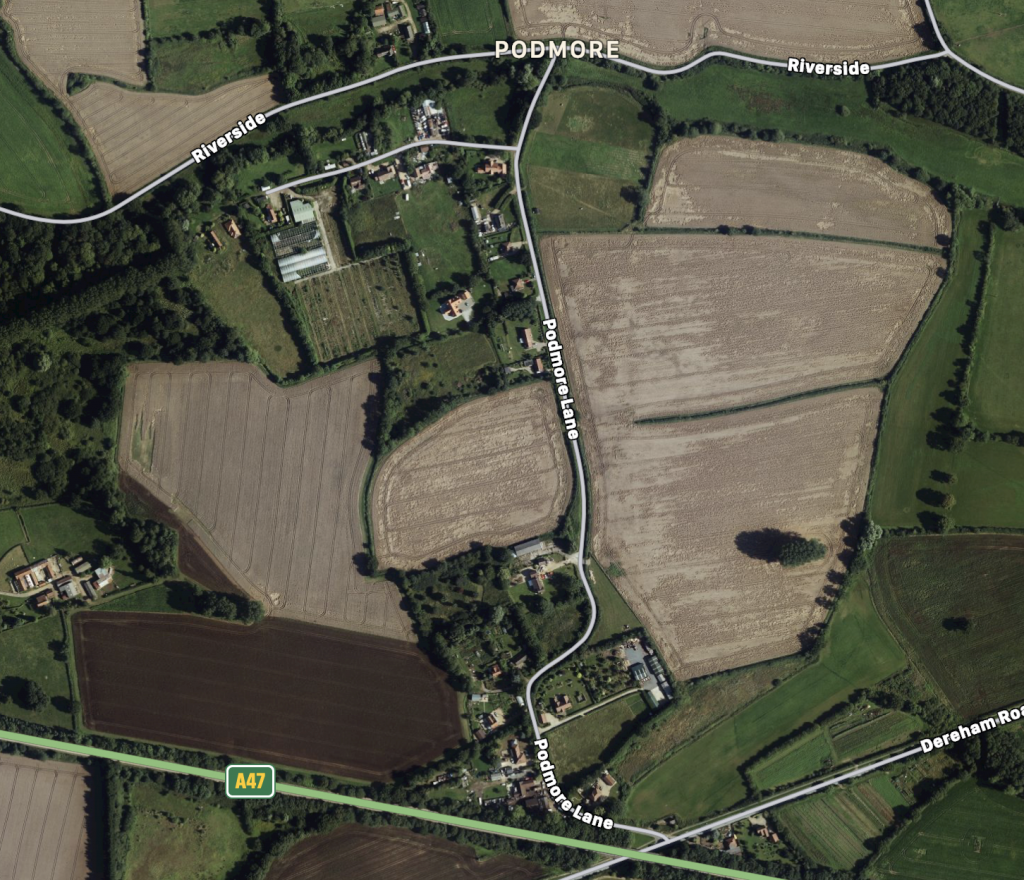 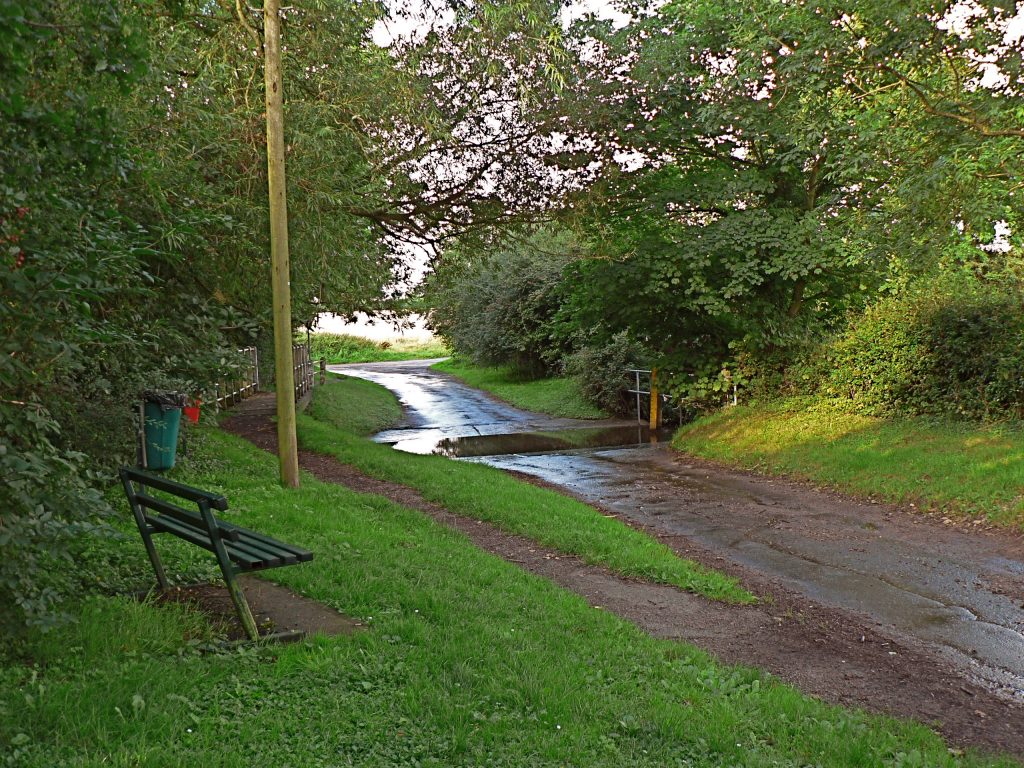 If you live in the Scarning Fen area, would you like to write a few words about your area? 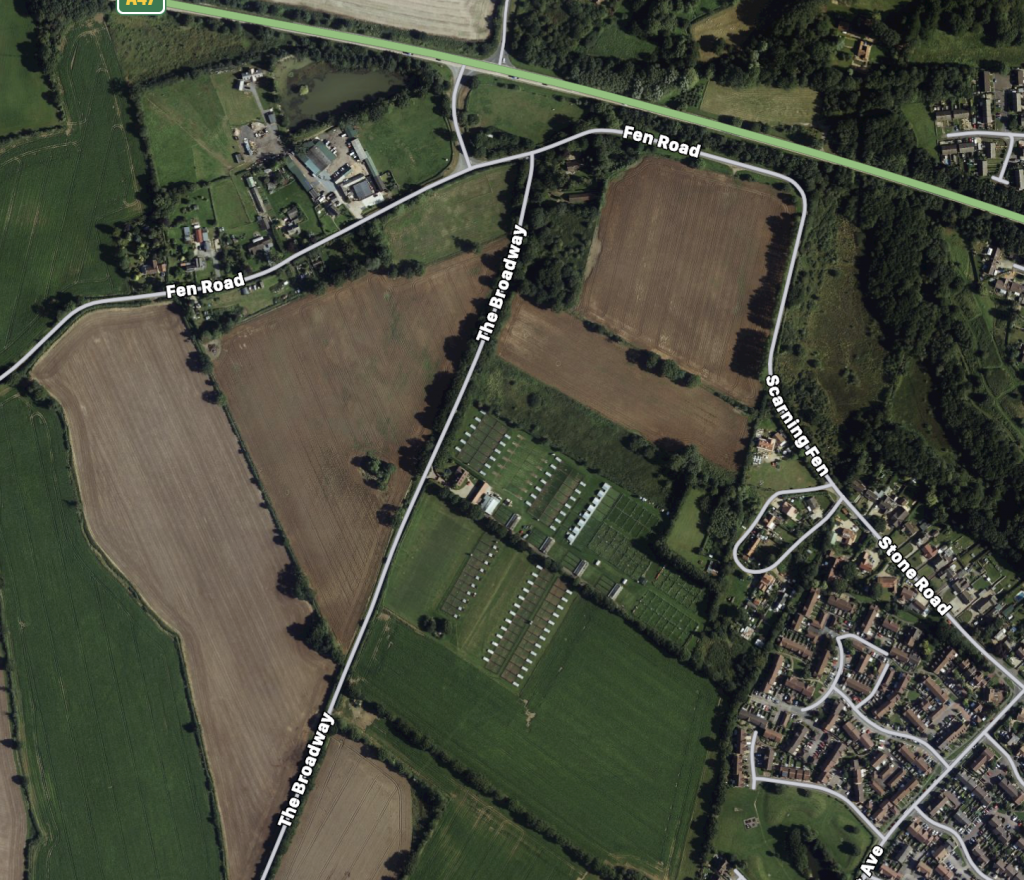 If you live in the Daffy Green area, would you like to write a few words about your area? 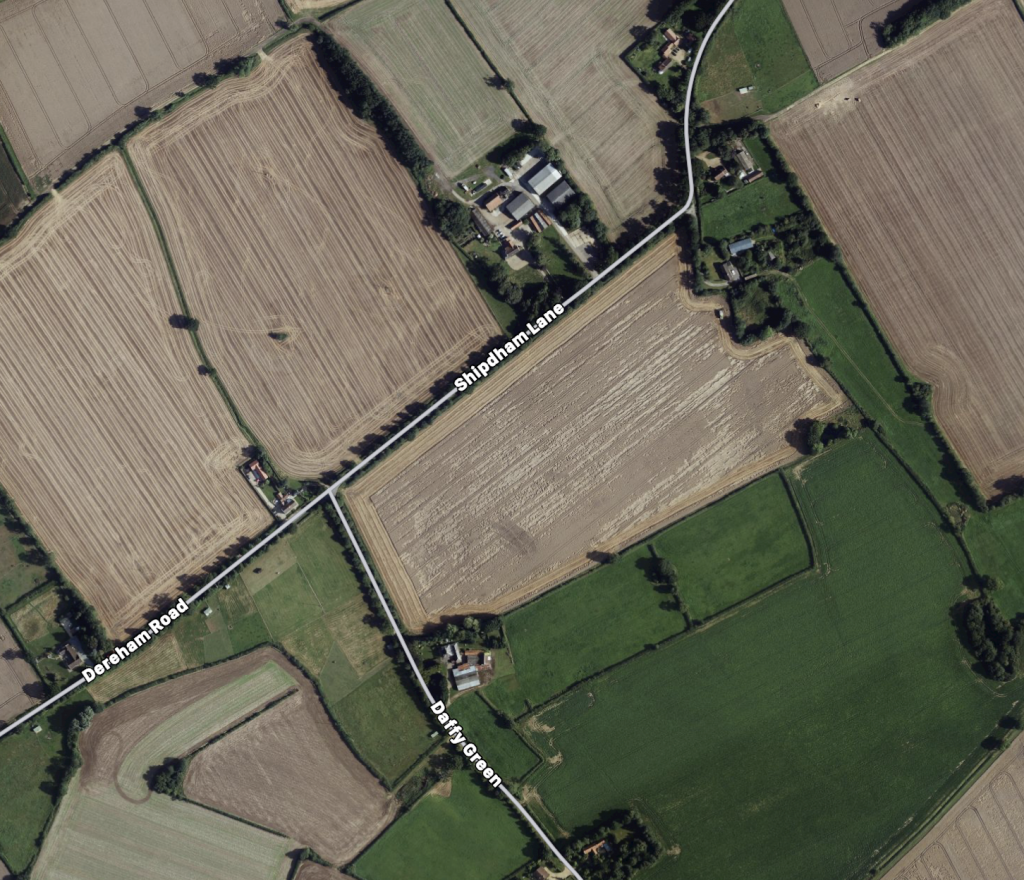 If you live in this region, would you like to write a few words about your area? 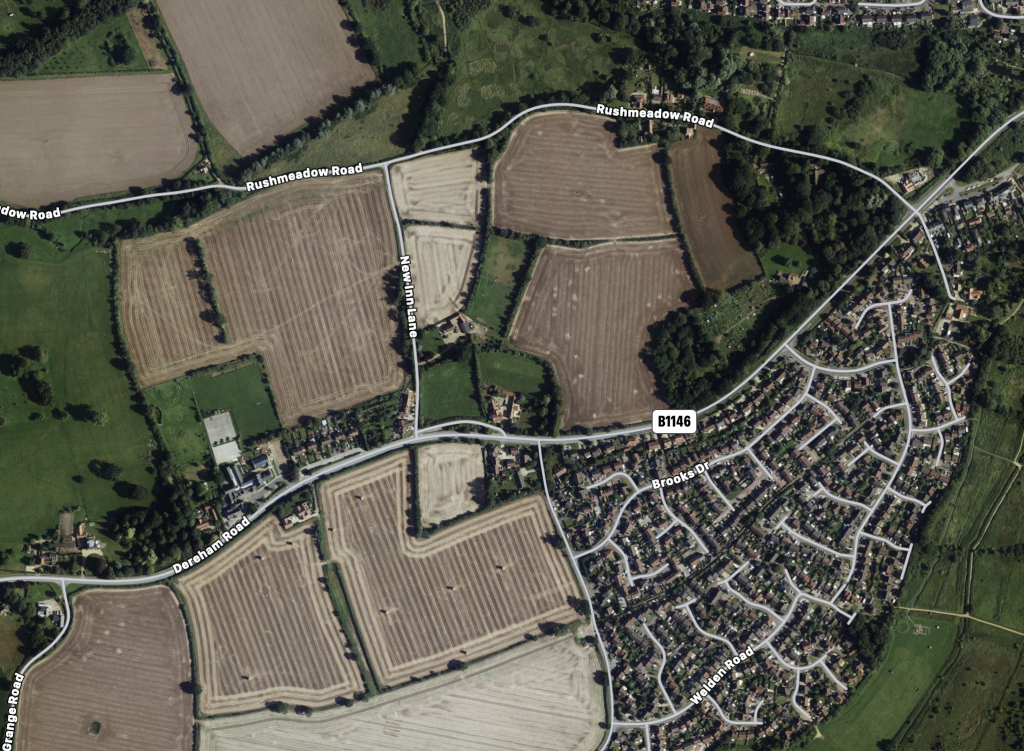