Scarning Water Meadows is an area of outstanding natural beauty within Scarning. It is part of a County Wildlife Site and forms part of a natural flood plain which extends from Potter’s Fen to the south through Rushmeadow to the north.

The plan showing the different areas is courtesy of Breckland Council and curiously it’s on its side, so North is to the right of the map but without a direction arrow, which always confuses me!

The area is maintained by contractors on behalf of Scarning Parish Council but also by enthusiastic conservation volunteers. 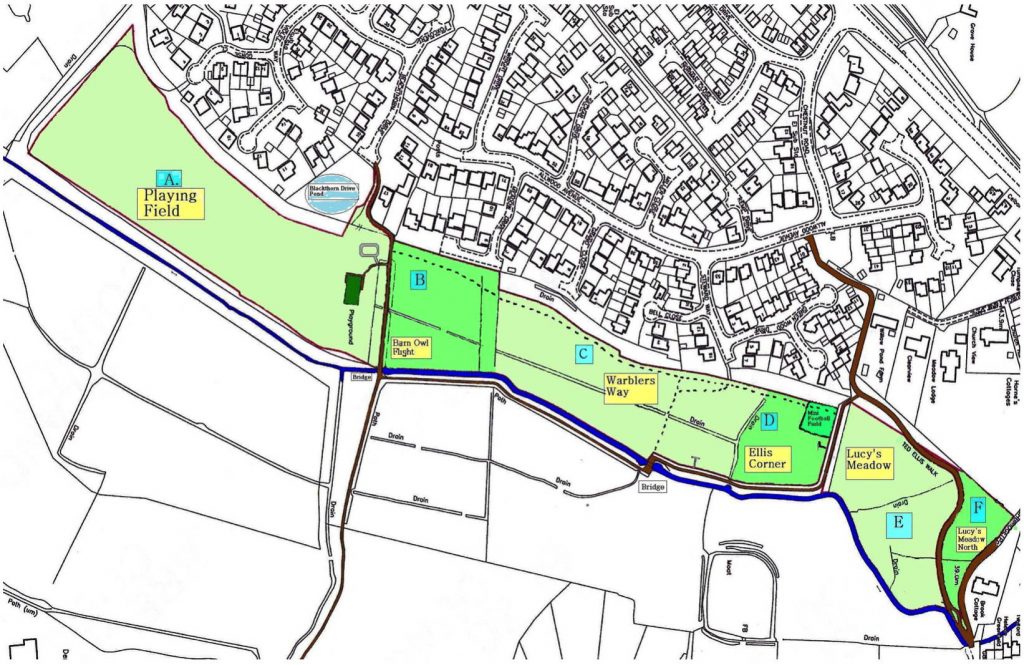 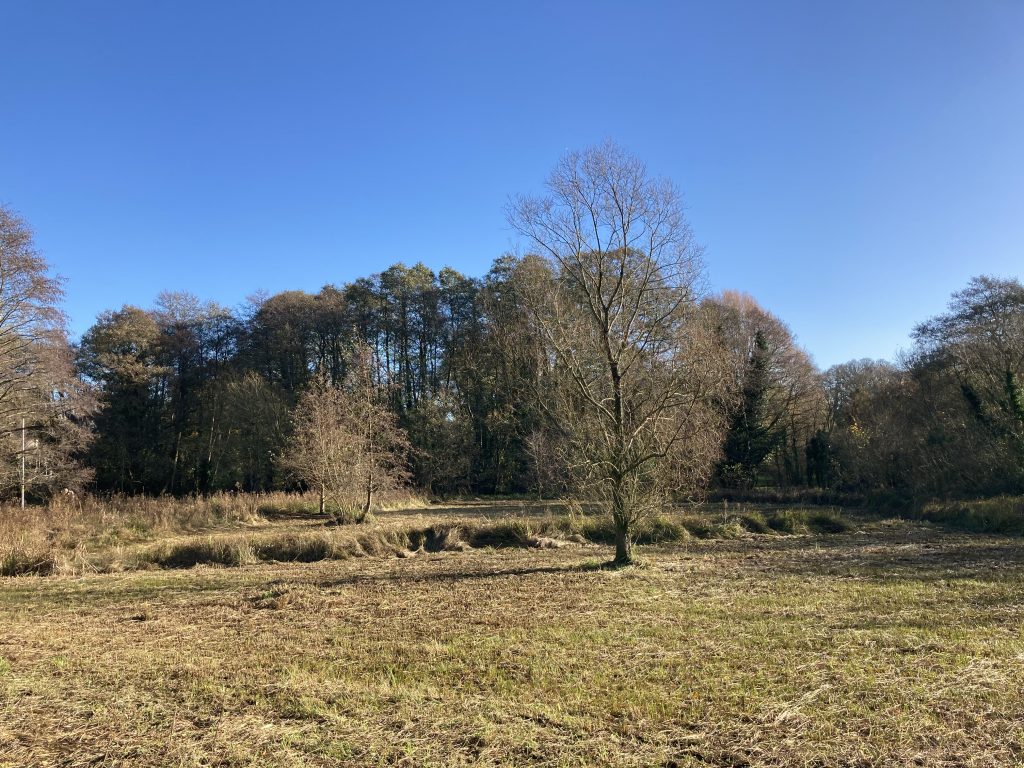 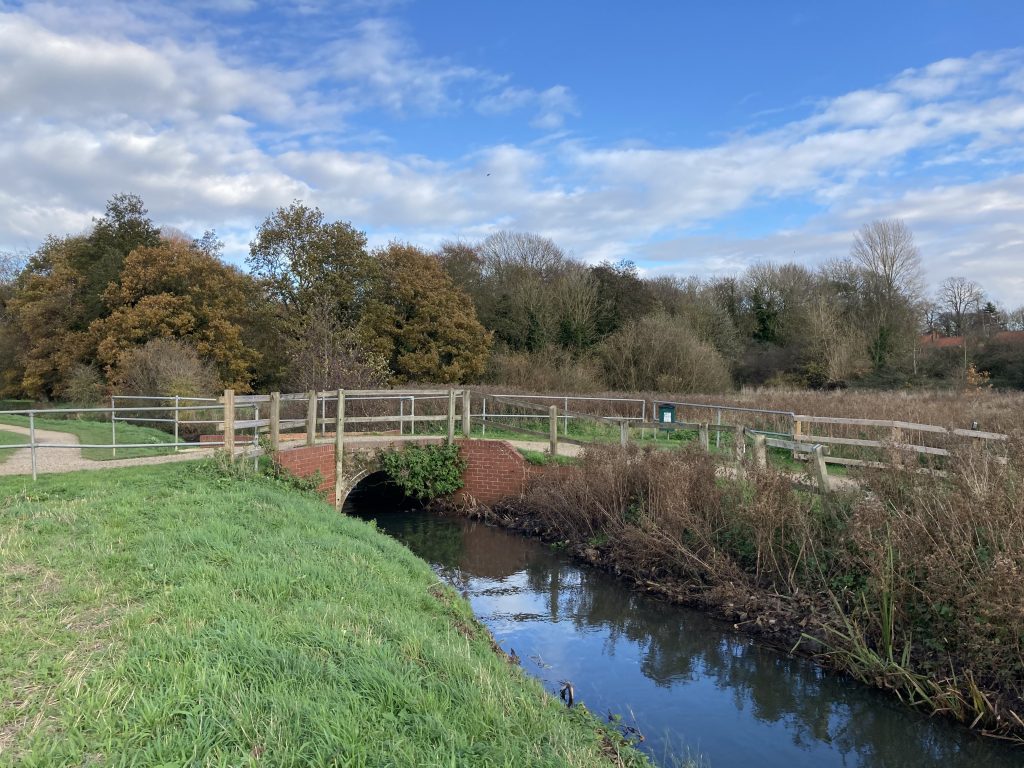 Walk on the Wet Side – “Looking out the office window – a patchwork of grass and melting unfolds across the water meadow. Soggy patches abound under a dull grey sky. So why bother to come out of a cosy warm house? Well, where to start? You get the energetic ones – the runners out in all weathers pounding a lonely but determined path in a multitude of fancy coloured outfits. Then at the other end of the scale, you see the youngsters wrapped up against the cold having a whale of a time on the play equipment or enjoying a snowball fight. Then come the dog walkers – an ever-increasing band bringing a wide variety of breeds and dog coats. Finally, the walkers-some going at a frantic pace, others just roaming around enjoying the raw beauty the winter brings to the water meadow. In short something for everyone and of course, do not forget the fun of “pooh sticks” by the bridges – you are never too old to join in!

Yet it does not stop there – how about the residents of the water meadows? Birds abound, squirrels race around teasing the dogs to catch them, you might even see a water vole or two and don’t forget the rabbits. Our underground friends leave their trademark piles on the grass yet remain rarely seen. In warmer weather, small fish are there to see joined by the croaking of frogs and toads. Then when nightfall comes the night shift comes out. Deer are often heard (you may even see one), the bark of the fox echoes across the silent meadow, the owls start their nightly conversation and the grunt of a badger may be heard. The thought of putting a night vision camera out on the water meadow appeals as it would bring all the authors of these sounds to light.

Our water meadow is a rare and deeply valued gift to those who enjoy what it has to offer. Yet it needs help to continue to bring these pleasures- in short, your help! A couple of hours, a morning or afternoon, even a whole day. Whatever you can give will contribute to maintaining this wonderful asset.”

The Pleasure Grounds of Scarning – By the middle of the nineteenth century Dereham was known as the ‘Garden of Norfolk.’ The name reflected the presence of the many market gardens, fruit fields and orchards that surrounded the town. And was in stark contrast to its previous name as ‘the dirtiest town in Norfolk.’

The town itself was fast expanding. In 1845, it was home to nine butchers, ten bakeries, eight blacksmiths, three gunsmiths and five milliners. There were thirteen beer houses and twenty taverns, among them the obligatory Lord Nelson on the High Street and the George Inn on the edge of the market place. There were confectioners, cabinet makers, boot and shoe makers (seventeen in 1845, most of them on the High Street and Baxter Row) perfumers, tailors, straw hat makers, saddlers, wine merchants, watchmakers, wheelwrights and whitesmiths.

Dereham was a fashionable town. Before the arrival of the railway, horse drawn carriages regularly travelled in and out of the town, en route to King’s Lynn and Norwich. Ladies walked with parasols in summer; men wore hats. The town had its own theatre, run by the celebrated Fisher family, who built theatres across Norfolk. There were Assembly Rooms, at which the local gentry cavorted at society balls, and a fading tourist attraction – St Withberga’s well, near which a public bath house was built and visitors were encouraged to drink the revitalising spring water, similar to those who travelled to Buxton in Derbyshire for its health giving waters.

In 1806, Dereham welcomed a new vicar. Charles Hyde Wollaston was a younger brother of the distinguished scientist William Hyde Wollaston. His father was a well known astronomer. By the time he arrived in the town, he was thirty four. Ten years earlier he married Sarah Willett Ottley, whose family derived their income from estates on the Caribbean island of St Kitts.

The Wollastons had ambitious plans. By the end of the Napoleonic Wars in 1815, the couple owned more than a hundred acres of land. Much of it was laid out as Vicarage Park, which extended into Scarning near Church Farm in what we now know as Scarning Water Meadows. Here the Wollastons laid out a park with carefully planted trees and fashionable walks. At the same time Charles Wollaston demolished the vicarage and built a new home for his family.

The inspiration for the pleasure grounds is not clear, but may have been encouraged by the expertise of the town’s many gardeners. One of these, William Moore, ran a nursery on Commercial Road, employing six men and two boys. The nursery contained many exotics. In 1847, the botanist James Grigor recorded that Moore’s nursery was ‘chiefly noted for its rich and varied collection of American plants and shrubs,’ together with a ‘fine selection of roses.’ In the greenhouse a heavenly blue Morning Glory was in flower. The flowers had originally come from the New World.

The Wollaston’s development of their land was ongoing. In the 1840’s, Charles straightened the watercourse at Vicarage Park. Ten years later, the town’s controversial new vicar, Benjamin Armstrong, wrote that ‘the gardens and grounds’ of the vicarage were ‘exceedingly pretty and extensive, one chief feature being a shrubbery walk to the church, well-timbered and admitting occasional peeps of the beautiful church through the foliage. A pretty drive goes up to the door, and a park-like meadow is spread before the drawing room windows.’

The site remained largely unchanged until the end of the nineteenth century. In the 1990’s, the Church sold the vicarage and the grounds immediately around it. The park to the south was partly developed for housing and a conifer belt was planted to provide a screen between the houses and the grounds around the vicarage. The land to the north of the vicarage was used for the construction of a new school and further housing.

At the same time, Church Farm in Scarning was sold and the land developed into the housing estate off Draytonhall Lane. However, parts of the former pleasure grounds as laid out by the Wollastons remain. The watercourse still flows in a roughly straight line heading across the meadows, through Washbridge and on to Rushmeadow, where local workers used to grow water cress for the restaurants and smart hotels in London. Although there is no mature timber left, the outline of former tree clumps have been identified. On a sunny afternoon, it is possible to stand on the meadows and to visualise its past of ladies with white parasols and gentlemen striding out, walking cane in hand to planned vistas and delicate planting.

As for Mr Moore’s nursery gardens, these are now lost beneath Morrisons car park.

The Water Meadows in all its glory 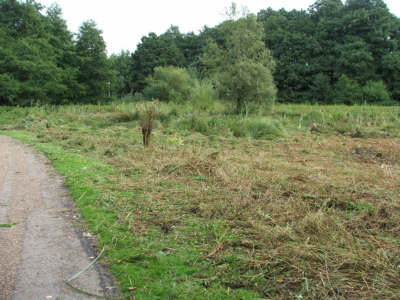 Flora & fauna found on the Meadows 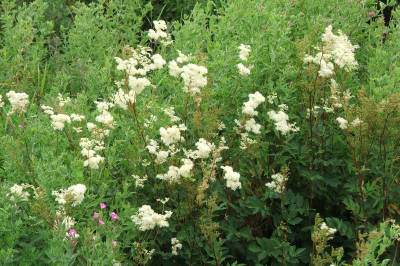