Apart from the Church and the War Memorial Cross in front of the church, Scarning has six Grade II * listed buildings:

For more details of these buildings, see below or visit – HistoricEngland.Org.UK and Norfolk Heritage Explorer 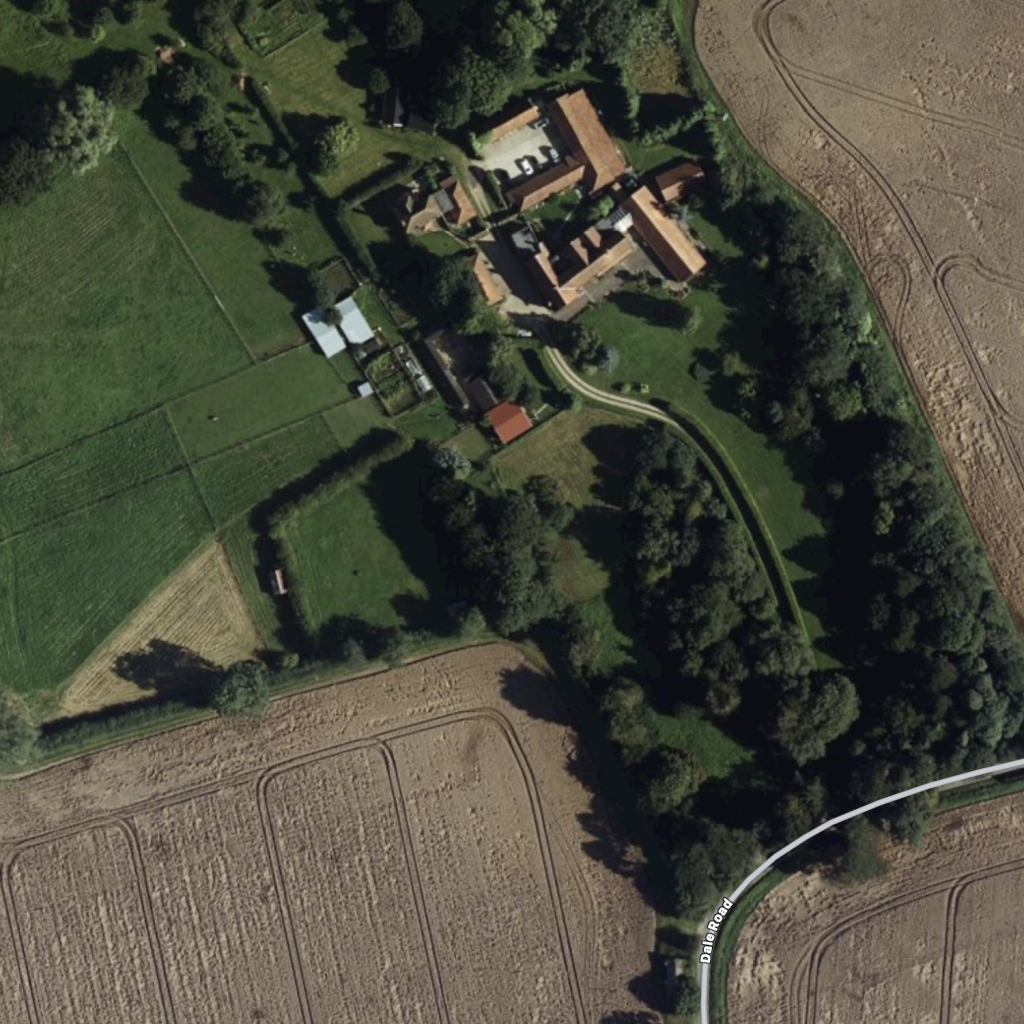 Scarning Dale is a 17th century two storey timber framed house on the lobby entrance plan. It was much remodelled in 1900 when a half timbered and jettied cross wing was added incorporating antique woodwork from elsewhere. Finds of medieval monastic masonry were made in 1995 in a nearby 19th century barn, probably originating from Wendling priory. 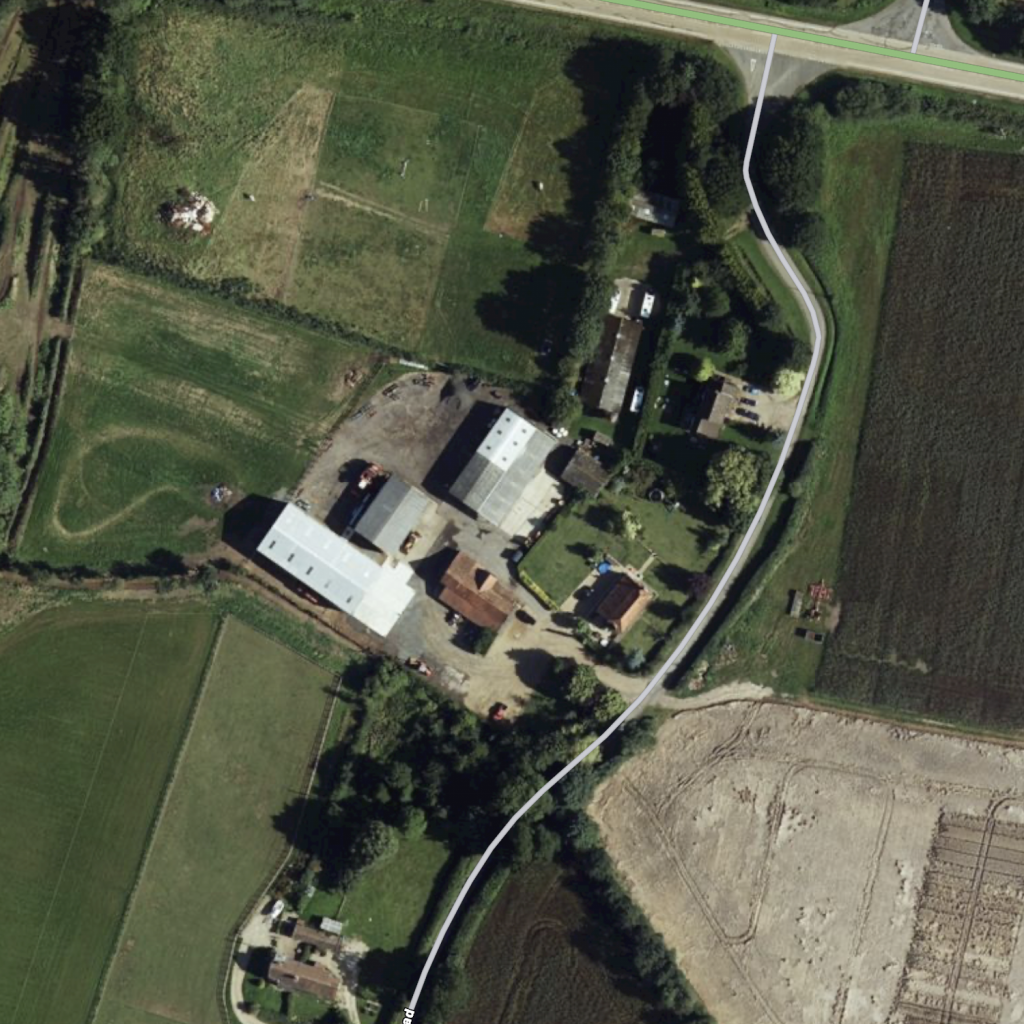 Poplar Farmhouse on Manor Lane is an early 19th century two storey brick farmhouse with a three bay façade of sash windows and a panelled front door with a pedimented doorcase on channelled pilasters. 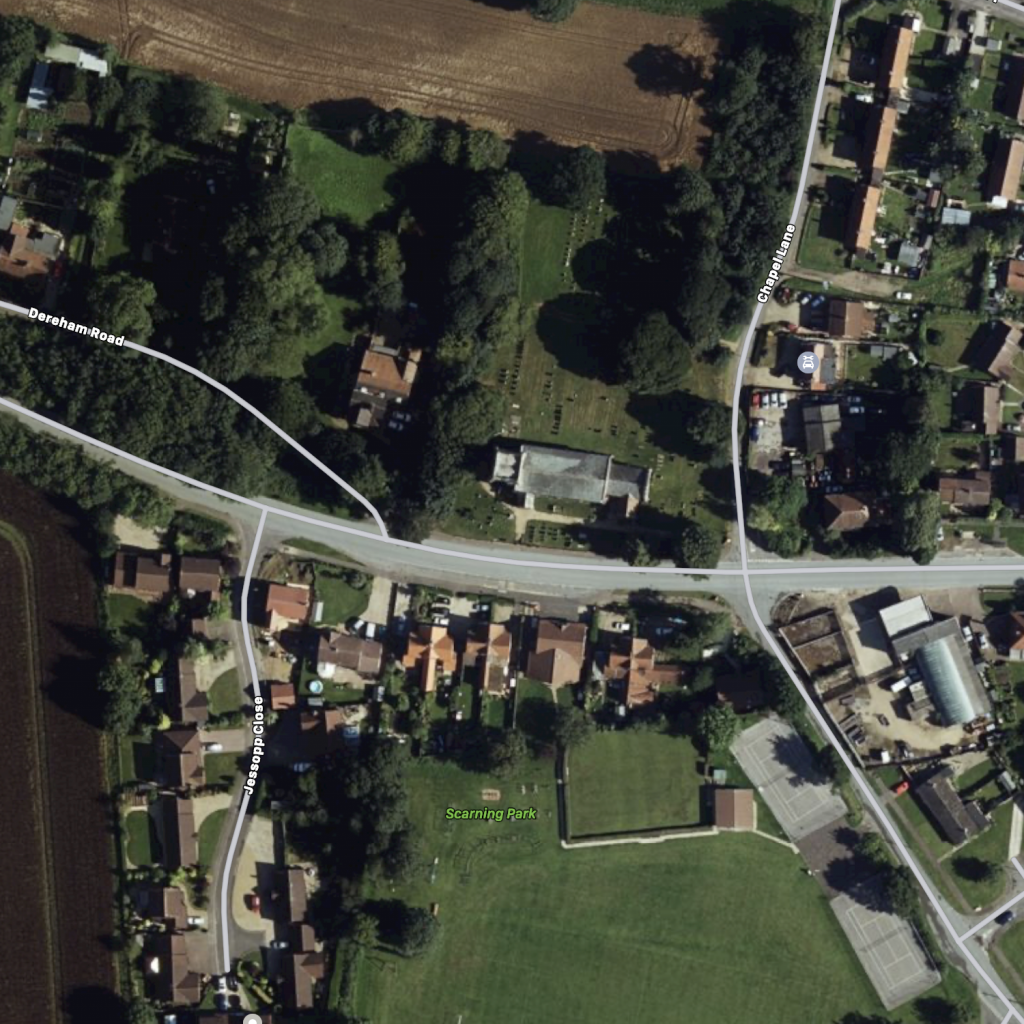 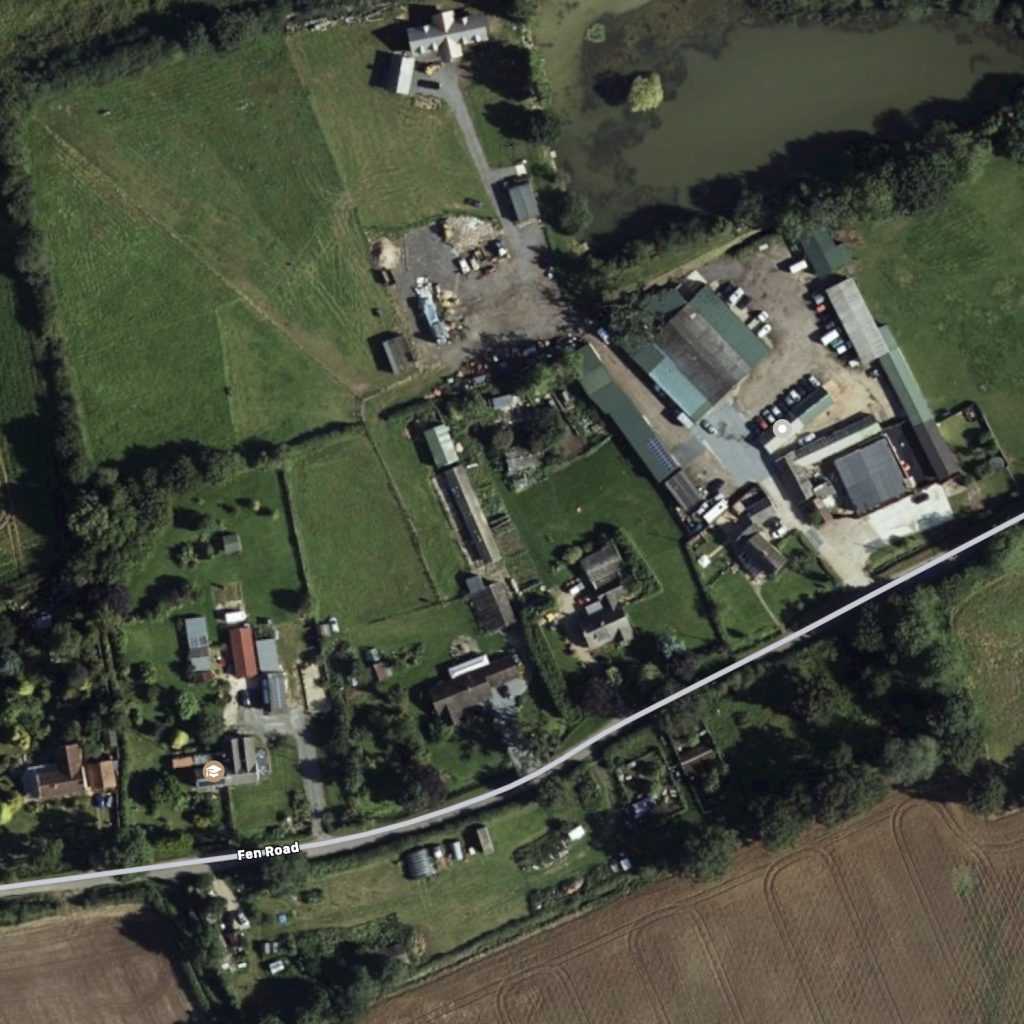 Railway Farmhouse on Fen Road is a 17th century and later one and a half storey pebbledashed timber framed farmhouse with a thatched roof and modern extensions to the side and rear. 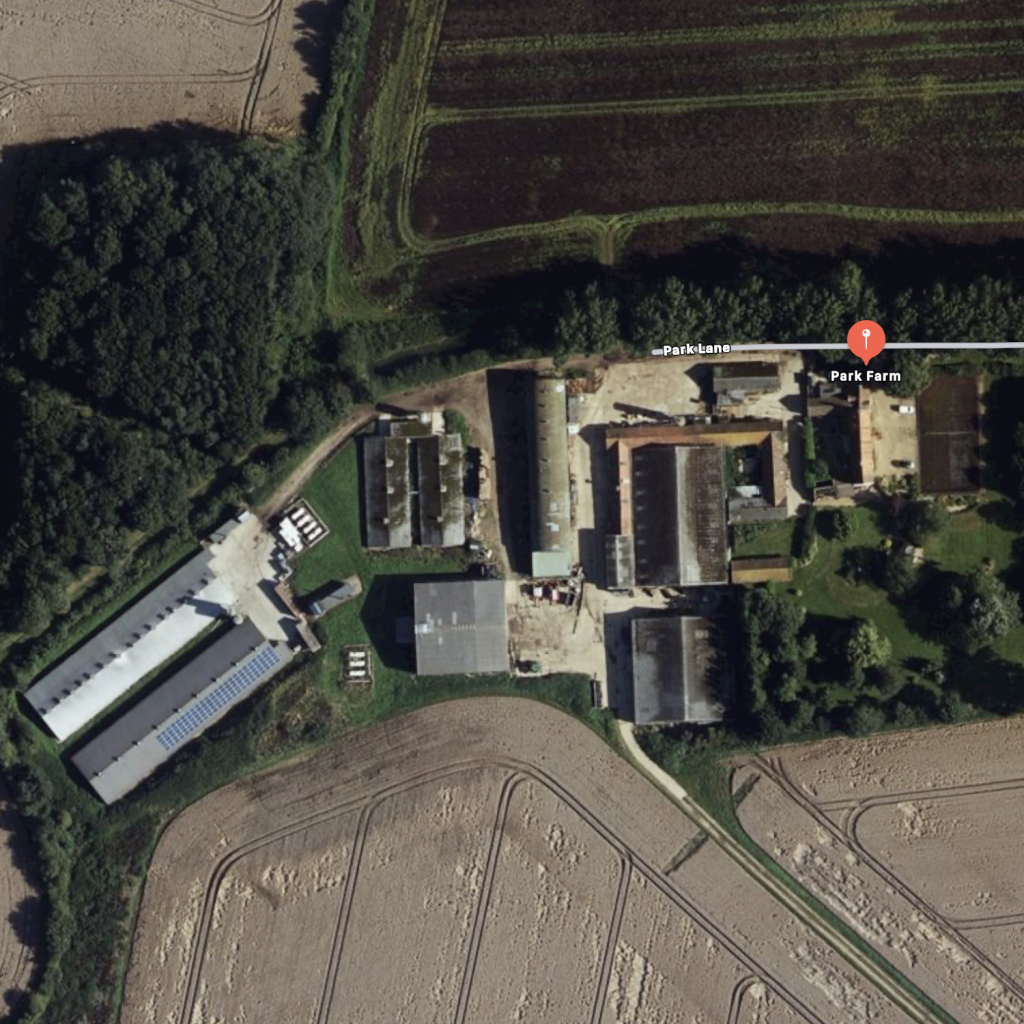 Park Farmhouse on Park Lane (formerly Watling’s Lane), now two dwellings, is a late medieval house, remodelled and extended in the 17th and late 19th century, with brick obscuring or replacing the original timber framing. Inside, one room has elaborate late medieval beams. Other visible beams are 17th century or later. 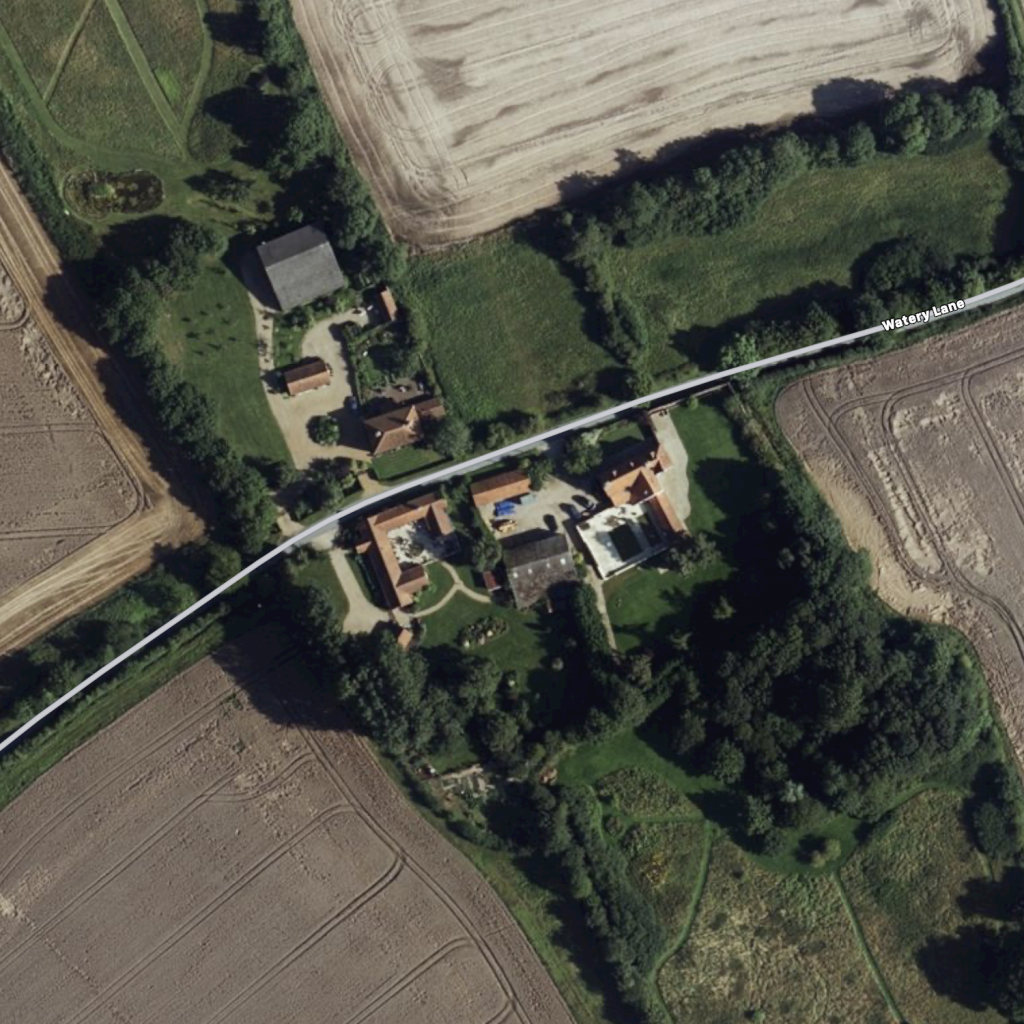 Old Hall Farm on Watery Lane is a fine 17th century and later two storey timber framed and colourwashed brick farmhouse with cellars and attics. The original block has been extended from the side to form an L shape. The interior has some panelling, a dog-leg stair and a fitted cupboard, all 17th century, and one 18th century panelled room.

The medieval period has left the parish with its earliest surviving building, the church of St Peter and St Paul (NHER 2891) in the centre of Scarning village. This is a medieval and later flint, brick and stone parish church, consisting of a west tower, an aisleless nave with a south porch and a chancel with a south vestry. The earliest part of the building is probably the nave, which may be 13th century and certainly pre-dates the 14th century chancel and south porch. The west tower is 16th century with a later top. The unusual two storey south vestry dates to 1576. The whole was restored, the chancel heavily, in 1869 and 1984. Inside is a 13th century font with a tall spire of a cover, a late medieval painted rood screen with tracery and some good memorials. The east window is from about 1862 and is very rich and High Victorian, as are the other chancel windows.

The Grange on Dereham Road is a two storey brick former farmhouse of about 1840 with pantile and slate roofs. The three bay façade has sash windows and a slightly recessed centre bay beneath an arch, in which there is a fine doorcase with Tuscan columns and a traceried fanlight. A single storey canted bay stands at the side of the main block and there are irregular service extensions to the rear which may pre-date the main block.