Scarning, like most other villages in Norfolk during the 18th century, was subject to Enclosure.

Wealthy landowners would lobby Parliament to pass an Act which would result in the Common Land being portioned off to the said landowners. This happened in 1765 to Scarning Common, which was the land between Brookside Farm and the river.

The aerial photo from 1946 shows the area as it might have looked before it became more wooded in the 1988 photo. The river lies at the top, with the Common mostly to the right of the straight road. 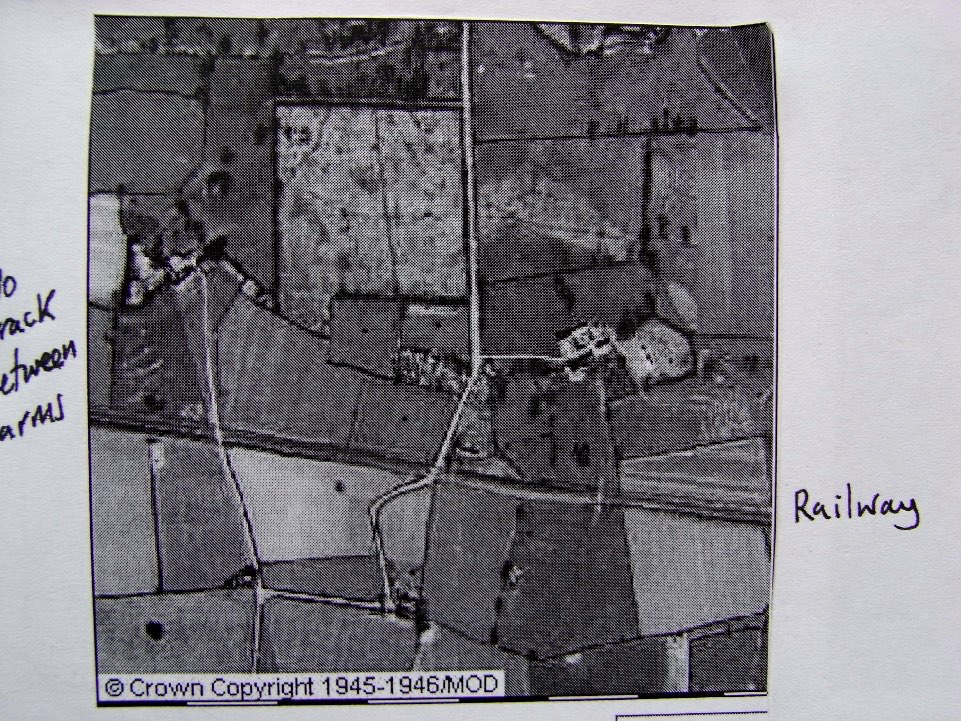 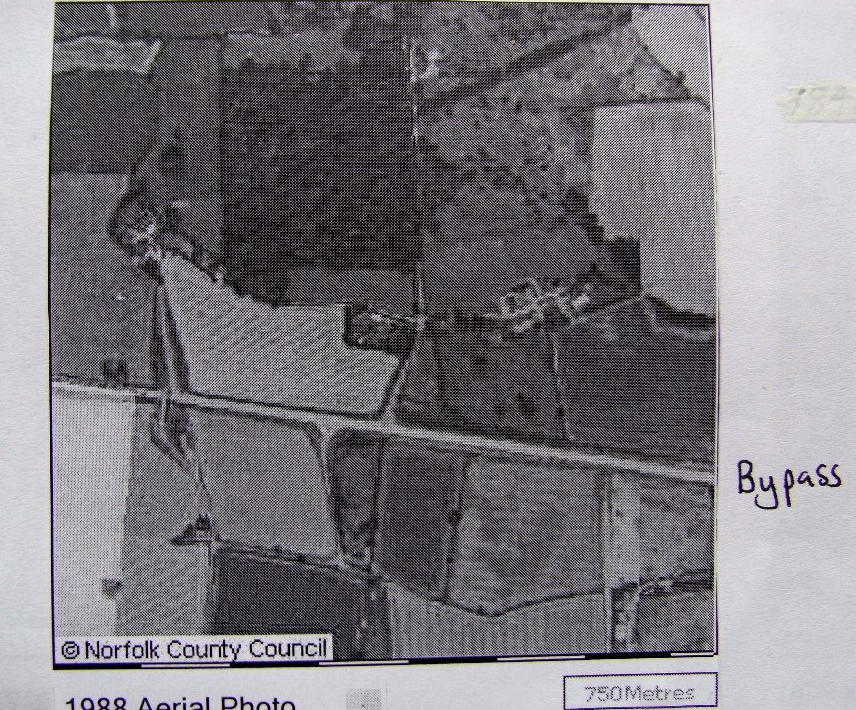 The document of the Act is available at the House of Lords and the first page is shown:

John Conyers was the “Lord of the Manor” at the time, and he and several other owners of land in the village benefitted from gaining Common land previously available to villagers to use freely.  The act appointed a group of local “Worthies” as Commissioners to oversee the division and allotting of the land.

This process also involved building two public roads, notable for being straight and wide, at 20 yards from “ditch to ditch” – namely Chapel Lane and Podmore Lane (although Faden’s 1794 map shows Podmore as actually being the area between Podmore Farm and Bushy Common). 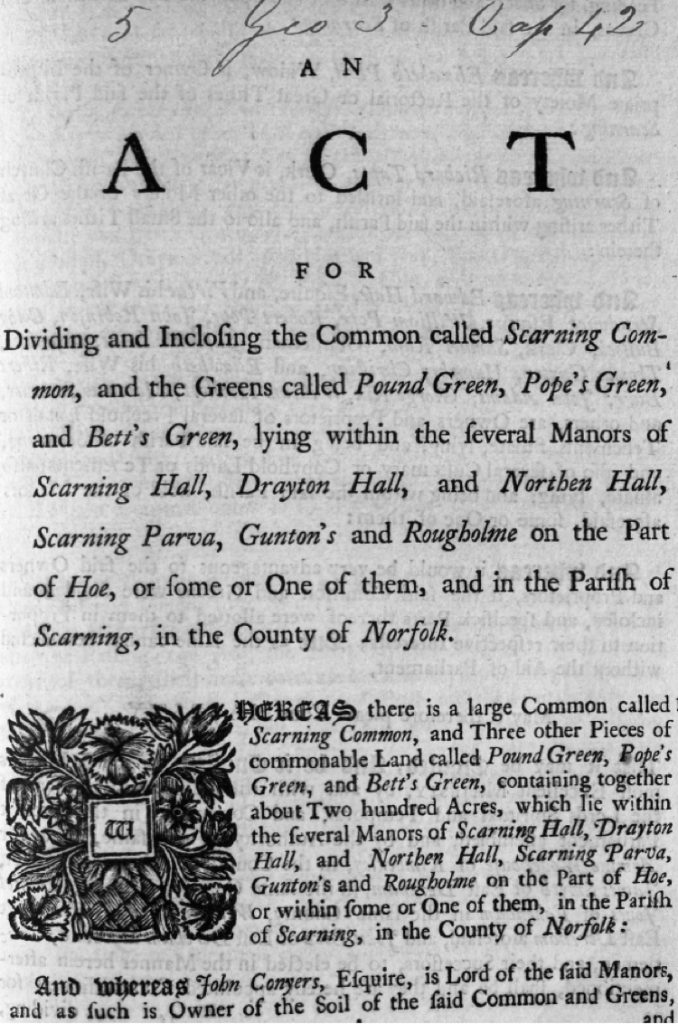 These new roads can be seen on the map below, made following another Enclosure of land around the village in 1814; the coloured areas highlight the old Common land with their owners named. Chapel Lane is the “First Public Road”, with Podmore Farm to the far west (next to plot No. 21) and Brookside Farm to the south (near plot No. 30). Podmore Lane is to the east, and also has two private roads, the second of which is the current area known as Podmore by the river.

The 1765 Act ordered that a rent of sixpence per acre be charged to tenants of land enclosed and also allowed for 14 acres of land “where they think shall be most convenient for Fuel for the Inhabitants” (part of the Scarning United Charities land today). Owners of the allotted Common land were expected to pay for and upkeep hedges, ditches and fences and would be fined for not doing so.

By the early 19th Century, a vast swathe of Common land across England had been enclosed, an act which ended a tradition of Rights of Common for ordinary people – in the words of the Scarning Act, this right “shall cease and be extinguished”.