Dereham, a stone’s throw from Scarning is a gateway to all Norfolk has to offer – open countryside, beckoning pubs, and friendly accommodation. There are stately homes, theatres, wildlife parks, the Broads and along the coast are wide beaches and charming harbours as well as the organised entertainment of the larger resorts.

There is something for everyone, all within an hour’s journey along quiet roads through fields and woodland. At the same time, Dereham has its own attractions with its modern and expanding shopping centre and with a magnificent pool and leisure complex.

These modern developments sit comfortably alongside a heritage dating back to the Seventh Century when Withburga, daughter of a Saxon king, established a religious community in the deer park which gave the town its name. Apart from the Withburga well all trace of her has long vanished. Vikings sacked her buildings and fires in the Middle Ages destroyed what little remained. Instead Georgian buildings now greet visitors to the Market Place and behind their facades lie shops which retain much of the charm of years gone by.

Free parking allows time to seek out restaurants and tearooms and visit hostelries where the poet William Cowper or the author George Borrow may have downed a glass or two. There’s tennis, golf, and bowls and nature lovers can stroll on the Neatherd Moor and the Vicarage Meadow or relax in the walled Queen Mother’s Garden. Nearby is the picturesque Bishop Bonner’s Cottage, the town museum. There is a welcome, too, in the 13th Century St Nicholas Church where volunteers may tell the story of the French prisoner who was shot when he escaped from custody in the Bell Tower during the Napoleonic War. 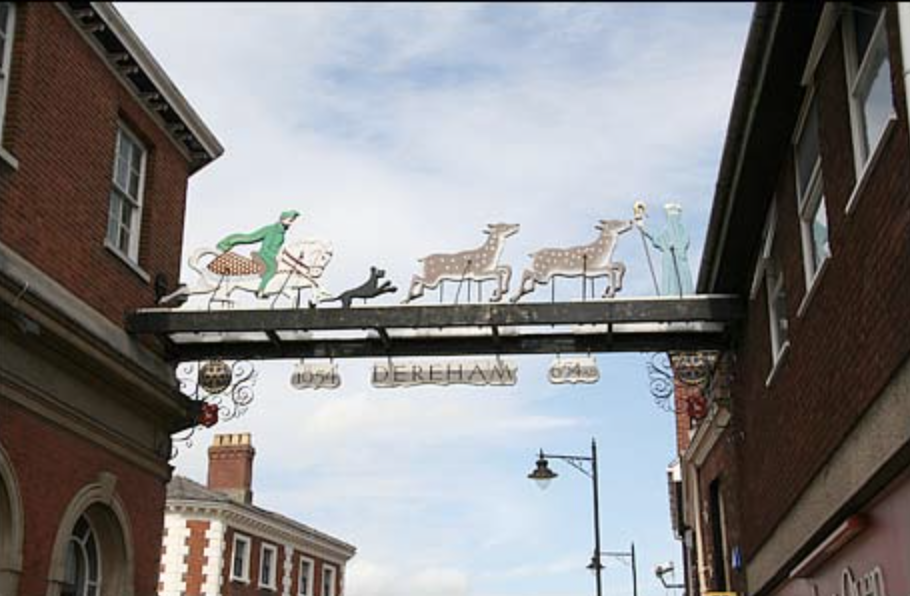 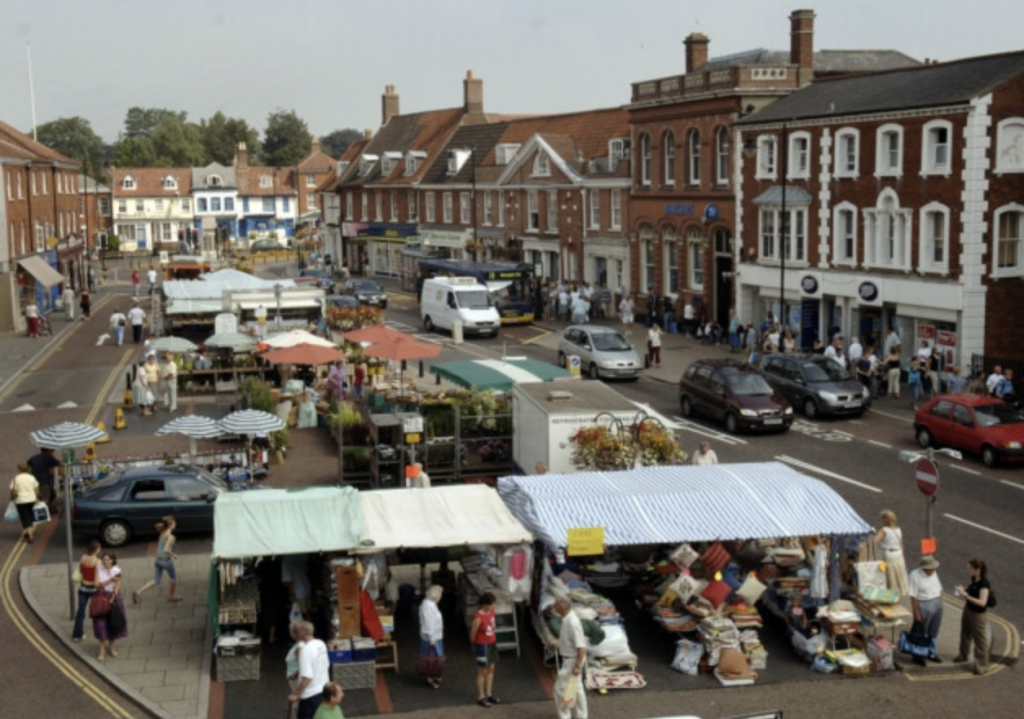 At the town’s restored railway station volunteers operate excursions to nearby Wymondham with its timeless Abbey. Dereham Windmill is well worth a visit, it is set in extensive grounds with a newly built coffee shop. There are many places to walk in Dereham including parks and public gardens. there are many public paths and tracks which can be explored.

The Memorial Hall regularly hosts shows and concerts. Built in 1818, the Grade II listed Norwich Street building first housed a coachworks. It was said to have had a high reputation, making carriages for the nobility and even some foreign royalty.

Another ‘must’ for visitors is Gressenhall Farm & Workhouse where visitors can step back into the shops and cottages our forebears knew. Only a little further away are the ruins of the Saxon Cathedral at North Elmham; the wildlife and dinosaur parks; Pensthorpe bird-lovers’ paradise; fishing lakes and Thetford High Lodge where families are assured of fun and adventure.

The modern library at the end of the High Street has a wealth of information about the local area and current events.

For more information about Dereham please follow the links below – 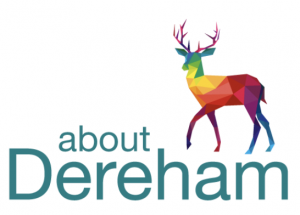