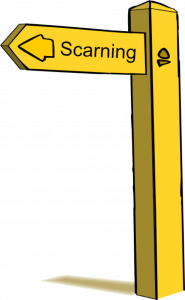 There are numerous walks and cycleways in and around Scarning, of various lengths and landscape.
There is an interactive Norfolk County Council website that shows eight footpaths within the parish boundary and numerous more linking through to Gressenhall, Dereham, Wendling and Shipdham.

Dereham Walkers Are Welcome
After a mammoth effort, 14 new or revised walking guides and a couple of information leaflets are available. Three thousand have been printed and have been distributed free of charge. The Library in Dereham is one of many places where you can pick up your own pack. Or visit their website to see a list of all the walks. Walks 4, 5 and 7 go through Scarning. 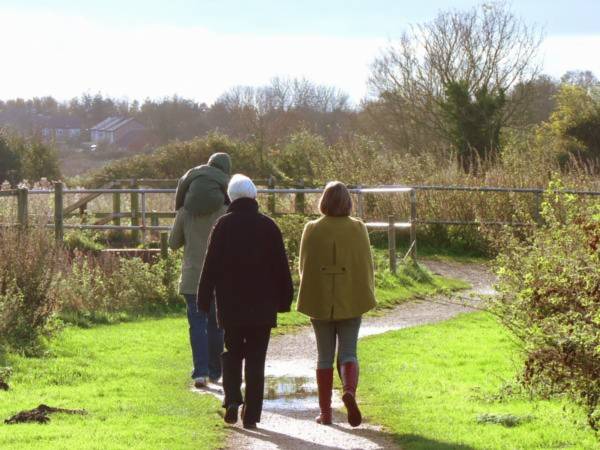 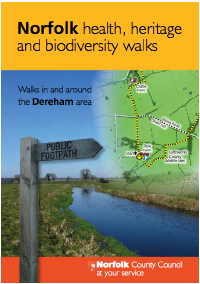 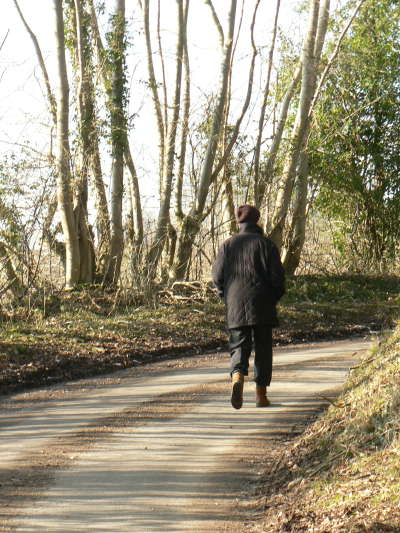 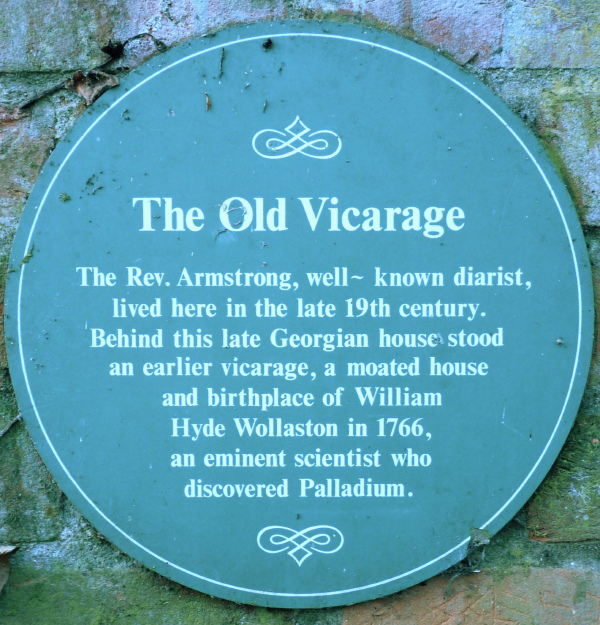 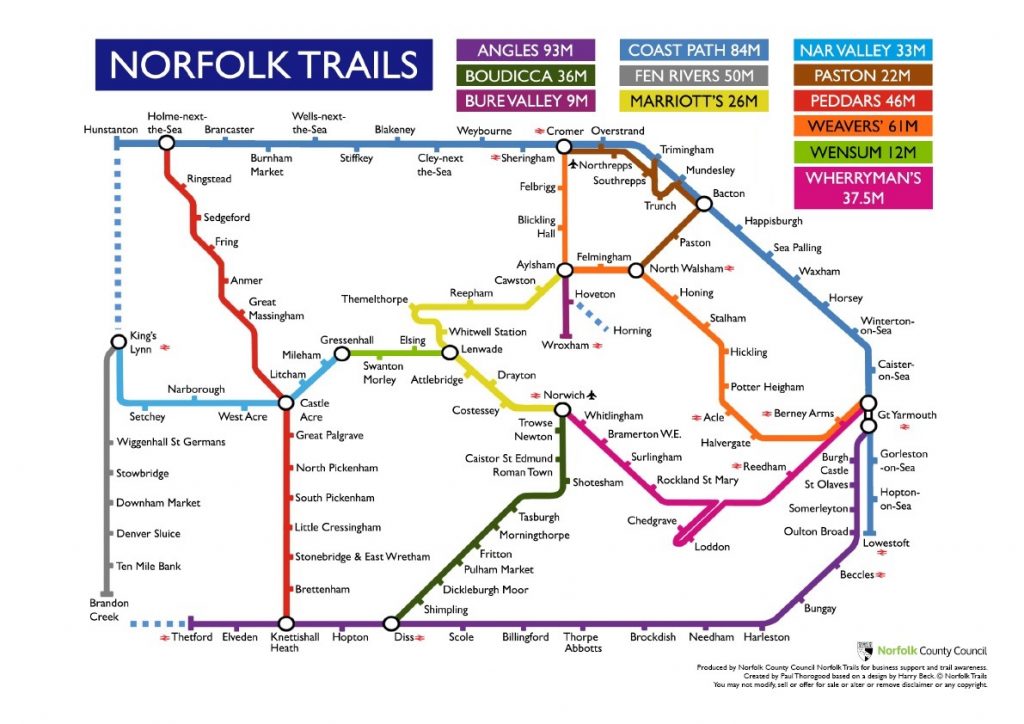 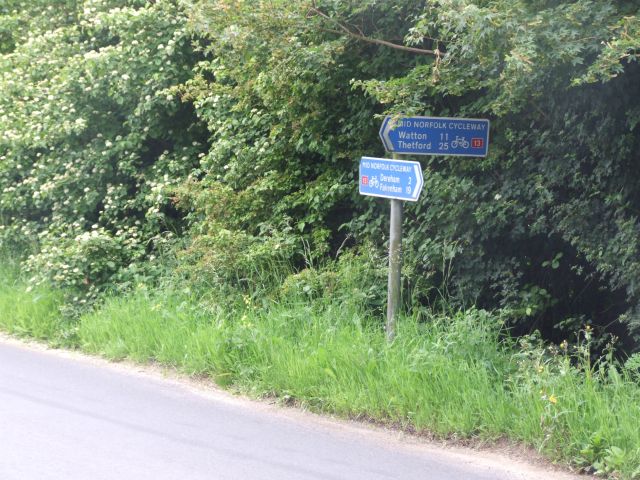 Central Norfolk is blessed with numerous quiet lanes to explore on a bike, but if you fancy going a little further afield you could actually follow an official cycleway from Scarning all the way to Tower Bridge in London!
You may have seen the blue signs within Scarning and wondered what they are for – well, National Route 13 (unlucky for some, but lucky for us) of the National Cycle Network connects London with Dereham – though it actually goes further and reaches Scarning.
It will take you through Thetford, to Colchester, to Tilbury before finally reaching Tower Bridge. However, it is 136.3 miles (219.4 km) in length and will take an estimated 11 hours 20 minutes to bike, or 45 hours 20 minutes if you’re saddle sore and decide to walk instead. So, you might need to take a sandwich and water bottle with you, but the full details of the entire route can be found on the Sustrans website.

If you’re less adventurous and just want to bike to Scarning School safely, you can always make use of the excellent cycleway which links the school to Dereham. There is also a footpath suitable for bikes that stretches in the other direction towards Wendling. In the summer months, why battle trying to find a parking spot near to the school, when you can easily walk or bike instead? 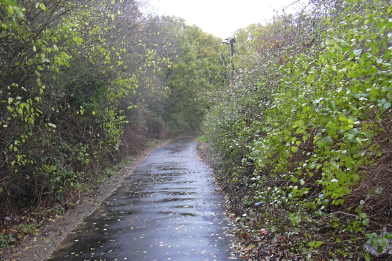 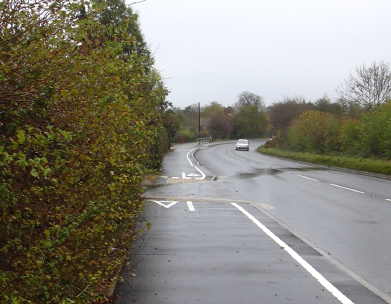